How Elon Musk Plans to Send First Humans to Mars

On July 6, 2022, Elon Musk tweeted, “Humanity will reach Mars in your Lifetime.“

This tweet generated a lot of attention as it reminds the science community that Musk has not deviated from his plans of making humans multi-planetary species. But how did Elon Musk plan to achieve this? His plans begin with the development of the SpaceX starship.

Since Mars is millions of miles away from earth, Musk knew he needed a sophisticated space vehicle to cover such a long distance. As the development of the starship got better with time, Musk knew that his plans to send humans to Mars were about to become a reality.

Earlier this year, Musk revealed that the first humans will land on Mars in 2029. The science community hoping to see humans explore Mars celebrated this prediction. However, the first bold step towards achieving this goal is when SpaceX meets the FAA’s 75 mitigation.

Since Musk has stated that the first orbital test flight of the starship will be coming up later in July, we all could see new hope for humanity to reach Mars in the 2029 timeline. If Musk will send crewed missions to Mars by 2029, this implies that SpaceX has a lot of work to do in terms of launching uncrewed cargos in 2027 to prepare for the crewed mission. SpaceX has developed several starships to meet their basic requirements of reaching Mars.

If everything goes as planned, the first SpaceX Martian astronauts will be starting their training anytime soon. Ahead of this preparation, SpaceX has continued to test its starships and work on other sophisticated technologies that Martian astronauts will use to explore the surface of Mars. With the effort the space agency is deploying, a Crewed mission to Mars will happen in our lifetime.

Elon Musk has been a fan of space exploration from an early age. However, he never made his intention known during his early career years. But in 2001, after the sale of PayPal to eBay, Musk joined Mars society’s Board of Directors and made his intention of colonizing Mars known to them.

Mars’ Society’s board of directors was fascinated by this brilliant idea. Later that same year, Musk designed a project he named Mars Oasis. Under the Mars Oasis project, Musk planned to land a small experimental greenhouse growth chamber on Mars. This growth chamber will have seeds with dehydrated gel.

Musk’s primary intention was to grow plants on Martian soil for the first time through the Mars Oasis. The legend realized he needed a rocket to send the growth chamber to Mars. So in October 2001, Musk, alongside Jim Cantrell and Adeo Ressi, traveled to Moscow intending to purchase refurbished Dnepr ICBMs rockets that could potentially send payloads into space.

They met with Lavochkins, and ISC Kosmotra. But their request was rejected by the space agencies. Musk and his team returned to Russia in February 2002, hoping to buy three rockets. The Russian space agency offered each payload to Musk at $8 million.

They returned to the US without accomplishing their goals. During the return trip from Russia, Musk came up with the idea of starting a space agency to fulfill his goal of reaching Mars. On March 14, 2002, Elon Musk established SpaceX with $100 million, which he realized from the sale of PayPal. Between 2002 and 2010, SpaceX developed several space vehicles to send crew and payload to Mars.

These SpaceX Mars vehicles include heavy-lift launch vehicles, space tugs, and Dragon Capsules. The space agency also developed other space vehicles to send payloads and crew to low earth orbit. However, its Martian vehicles have remained outstanding and unique.

In 2016, SpaceX formally presented the Mars plan during the International Astronautical Congress. After this presentation, SpaceX renamed its Mars space Vehicles to Starship. SpaceX has continued to improve in its starship development since then. On Friday, August 6th, 2021, SpaceX successfully stacked its starship SN20 atop booster BN4.

This milestone made the space agency’s starship SN20 break the record that NASA Saturn V space vehicle heard since the 1960s. After attaining this milestone, SpaceX has continued to improve its starship development while waiting for the Federal Aviation Administration’s approval of Starship orbital flights.

On June 13, 2022, the FAA released their reviews which include 75 mitigation actions SpaceX must take before the starship commences with orbital test flights. SpaceX, Elon Musk, and everyone looking forward to when the starship will take off celebrated this milestone. Musk even revealed that the first orbital test flight would be coming up in July. We are still looking forward to experiencing this first historic test flight before the end of this month.

How many humans live on Mars?

As of 2022, no humans have reached the surface of Mars. However, we have succeeded in putting rovers, orbiters, and landers to explore the hostile environment of Mars in search of Alien life. We will take this search to another level when humans land on Mars before 2040.

Elon Musk has earlier planned to send humans to Mars in 2024. But he later adjusted this mission timeline to 2029, hoping his aerospace company would meet the mission requirements before the end of this decade. NASA, CNSA, and other space agencies hope to put humans on Mars before 2040. Let’s hope they succeed.

As of 2022, we are yet to send humans to Mars. This implies that 2022 mars colonization is not possible. However, SpaceX may successfully send humans to Mars by 2029. If they succeed, other space agencies may also put humans on Mars before 2040. From all indications, the future of humans going to Mars is already promising.

When will humans go to Mars?

Crewed missions to Mars may take place before the end of this decade. Elon Musk has already predicted that the first humans will land on Mars in 2029. SpaceX, NASA, CNSA, and other space agencies are working tirelessly to put humans on Mars before 2040. From all indications, their chances of succeeding are high.

Elon Musk has envisioned making humans multi-planetary species, and he established a space agency to bring his vision to life. His recent tweet, “Humanity will reach Mars in your Lifetime, “ has proven that Musk has not forgotten his goal of sending humans to Mars.

He earlier predicted that the first humans would reach Mars in 2029. With the effort made so far, this dream may become a reality using SpaceX Starships. What do you think about humans exploring Mars by 2029? 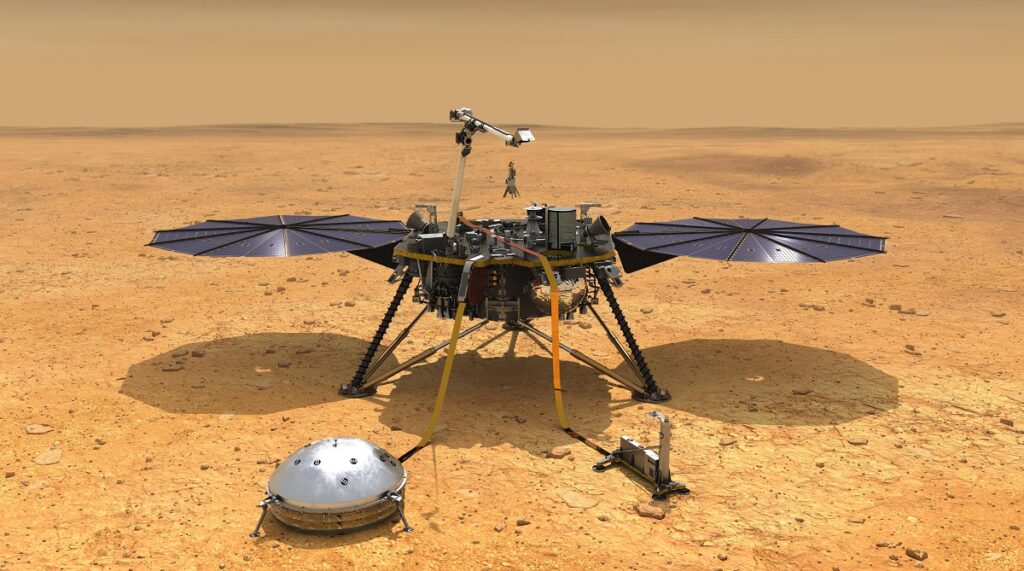 6 thoughts on “Humanity Will Reach in Your LifeTime Says Elon Musk: Here is how he plans to achieve that”